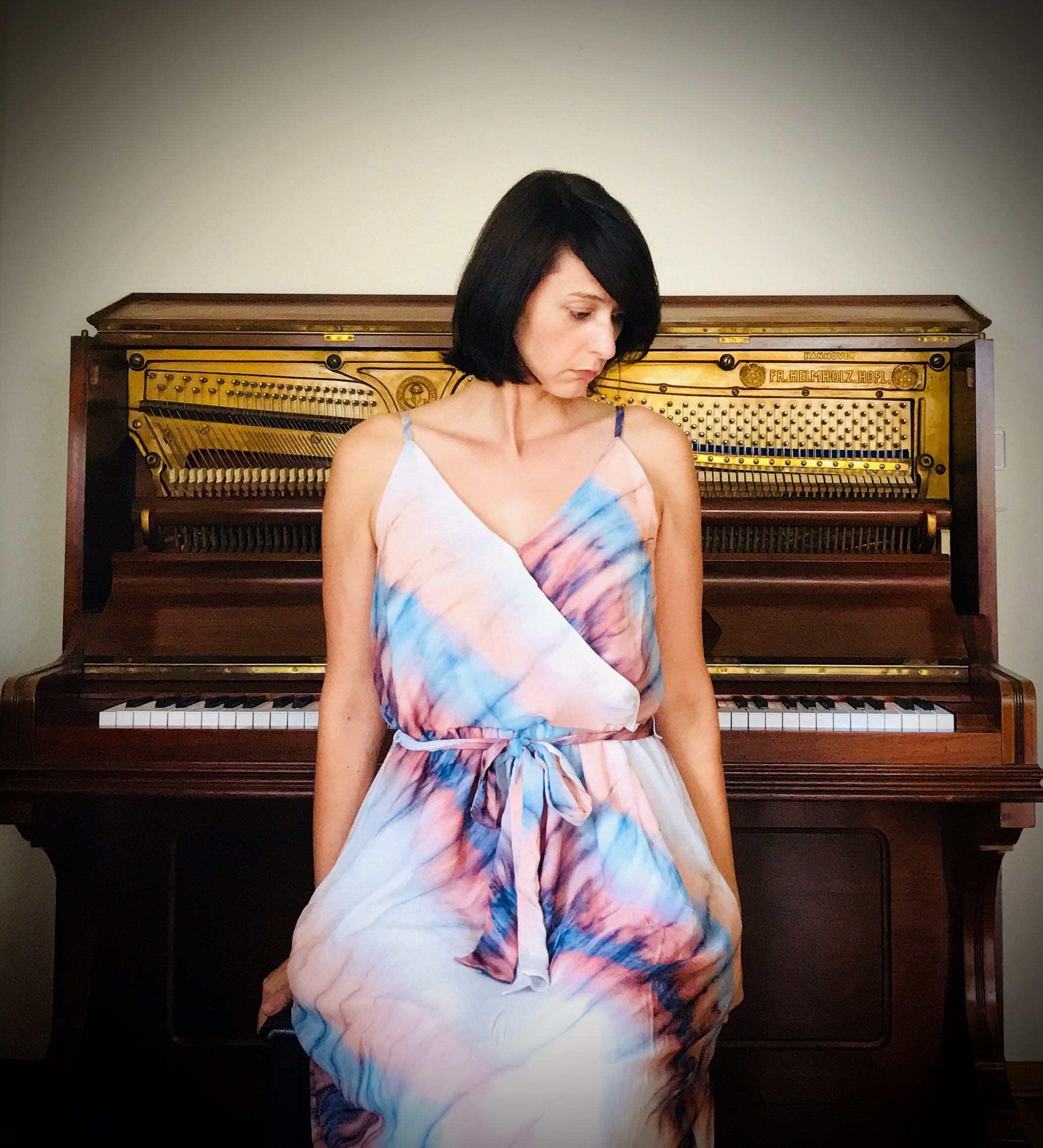 If you’ve landed to this page, chances are that you already know the work of Music Pool Berlin, or, alternatively, you accidentally stumbled on our website, and have absolutely no clue about what our organization does. What you’re gonna read next will be helpful in both cases: in our new series Music Pool Berlin Ambassadors, we interview Berlin-based musicians who have taken advantages of the Music Pool Berlin services in different ways and from different perspectives.

First in line is songwriter and coach Susanne Geisler, a member of the Music Pool Berlin extended family with a twofold role: she took part to several Music Pool Berlin workshops, before starting organizing her own. Here below, she shares her story and some precious and thoughtful suggestions for everyone involved in music and the creative field in general.  Giving an upcoming workshop next week about unblocking. Register here.

Have a good reading!

Hi Susanne! Before starting with our questions, we’d like to know a little bit more about you. So let’s break the ice with something very easy: what do you do?

My name is Susanne Geisler. I’m a songwriter, author and creativity coach.

I also co-wrote for my first single artist project, which will be released beginning of the year with Warner again.

Besides that, I have my artist project called “Kaleidoscope of Colours”. I released my very first album this year, “Music & Colours”, a neoclassic, contemporary piano album, which already got a lot of attention on Spotify. It’s the first album ever written entirely on synesthetic perception. I’m planning to bring that concept on stage next year, fingers crossed …

I also coach under www.how2unblock.me, mainly artists but also people who think about changing something in their life. Creativity makes a wonderful companion if we want to find out, who we are and what we really want in life.

How was your journey to become a self-standing musician?

It took a while for me to dare. I was raised in the belief to pursue security, a stable life, good income. But being trained as a lawyer first, I had all this and it did not make me happy. So I quit my profession in 2011 to pursue art and music in special. I had just hit the 30 that year and I thought if you don’t try it now, you'll never ever try again. Now, looking back, becoming a self-standing artist was one of the best decisions I’ve ever made.

After that groundbreaking decision, I did not work as a self-standing musician for many years. I mainly worked for other artists, as project coordinator and personal assistant, including quite well-established artists like British composer Max Richter for instance, which was extremely helpful on my way of becoming a self-standing artist. By end of 2015, I felt ready to step out of the shadow of others, but I still wasn’t sure if an artist’s life would be a life for me. And working among these renowned and established people didn’t teach me anything about how to start from scratch. So, going on the streets, diving into Berlins vivid music scene and learning as much as possible from other musicians, helped me leaving that “in between” status behind. And I literally went back to school. I started training my piano and songwriting skills in 2012 at the Akademie Deutsche Pop and in 2015 I started visiting workshops at Musicpool, that would help me sorting my resources, making valuable contacts and answering further questions I had. I made it a routine to go to Musicpool as often as I could steal away from my jobs. Becoming a self-standing musician was a long process for me. Slowly, step by step, investing every day a bit in both my art and my business and get as many fresh impulses as possible. And it worked out.

You are one of the few musicians with synesthesia: how did this condition affected your career?

It affects my work as a musician. I’m able to approach music from a very new perspective by writing songs neither on a note level nor entirely based on improvisation, but on the base of the colours that are triggered in my brain while listening to sounds. I use it as a brand, what felt quite natural. I wouldn’t call myself an extrovert person, but having synesthesia makes people being interested in your work. I definitely can’t complain about too few talks.

How did you first got in touch with Music Pool Berlin?

I can’t remember, ha. I think it was through the website. It was the beginning of 2015 when I was still working for other artists. I felt stuck at this time with my life and I was looking for help with a lot of questions I had.

You are one of the coaches of Music Pool Berlin, but you also took part in some of our workshops: how it is being on both sides of the barricade?

I learned a lot in the workshops. I felt fresh and motivated after the workshops and I didn’t feel like a lonesome stranger any longer. I met others with similar questions, made friends, some of them even became long term business partners. But at some point, I wanted to give something back. With “How to unblock me” I developed my own concept, including all the experience I made during all the years so that others will have their questions answered. It does not just inspire me when others discover their (creative) potential, I see it as a contribution to society somehow. We need more artists who are able to pursue their art in a healthy way, free of addictive pattern or starving or full of self-doubt about whether to pursue art or not. Artists are the antennas of society like Ezra Pound once said. They are one of the rare people who actually show what’s going on or what goes wrong in society. And we need more platforms, where musicians any kind can raise their questions without being judged, ruled or ridiculed for the ideas or questions they have. That’s why I teach at Music Pool.

Do you think it is important to pursue further education as an adult, especially for people working in the creative field?

Absolutely! And it matches what we already know about our brain. Our brain is able to learn and develop neuronal paths to very high age. That ability is called neuroplasticity of the brain. And I would go that far to say that the urge to learn or at least to be open for new things is a necessity for a fulfilled life, not just for any creative. That is where we get fresh ideas from or simply “discover” what the next step is when we feel stuck or unhappy with the current situation. Learning is essential for our life, career and personal life, no matter what age you are. Even though I teach, I still do workshops or coachings every month. Seriously, I would not be at this point in my life today if I had not opened up to learn at some point.

Pic © Kaleidoscope of Colours by KStudio