THE ART OF MUSIC PR AND VISUAL DEVELOPMENT - Interview 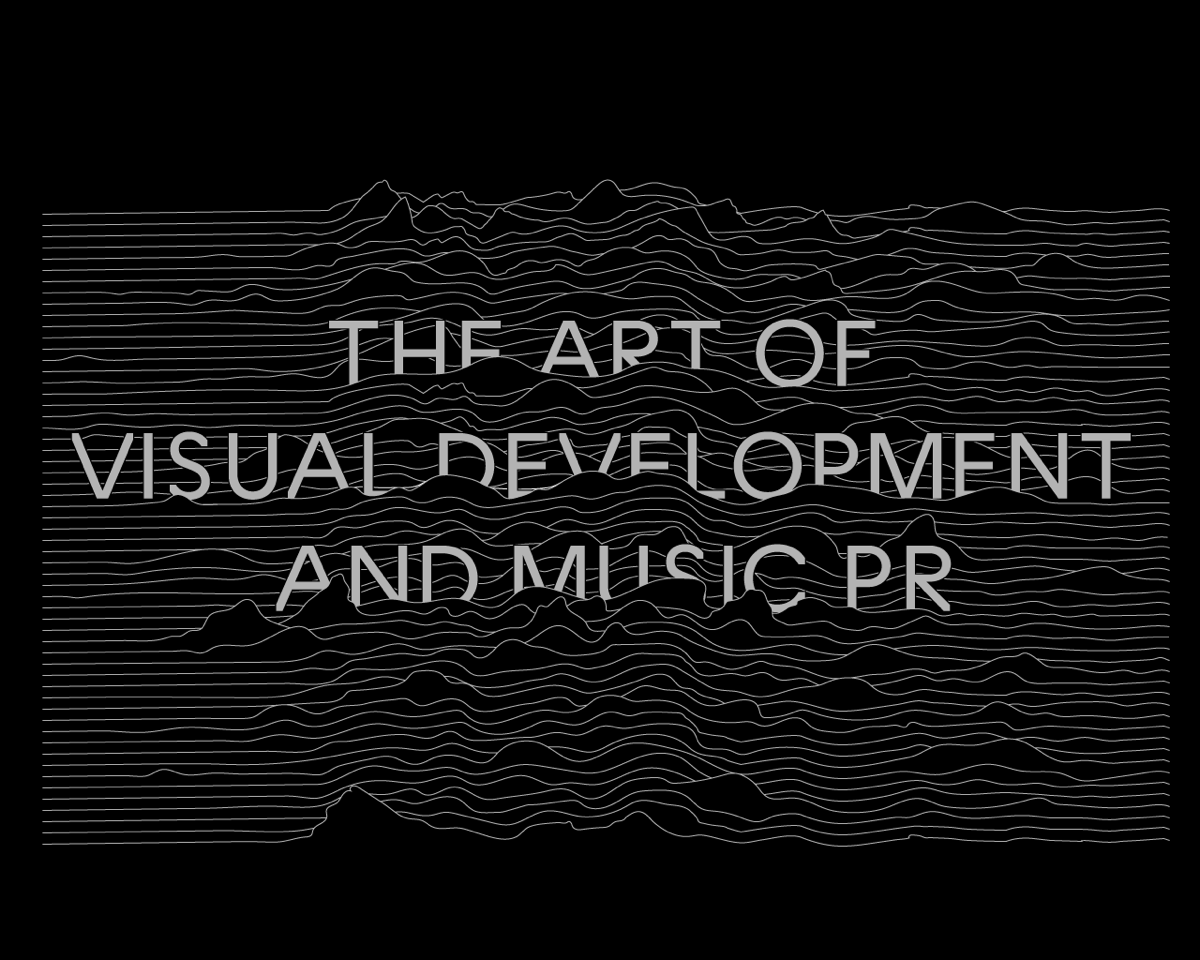 In this interview we talked with Lukasz Polowczyk about his upcoming workshop 'THE ART OF MUSIC PR AND VISUAL DEVELOPMENT'. This four part workshop is happening in the second run in October. After a sucessful round one, we felt the need to repeat this workshop series again and give you a little more intel in what you can expect from it.

1.) What materials/content do I need for good PR?

Modern PR is all about content and having a lot of it. The promo cycle runs in reverse now. You don’t promote into a release anymore, but you drop the release cold, announce it and then start promoting it using the content . What that content is depends on the nature of the release and the key narratives that inform that particular project. For some releases you might want to emphasize the process and the behind the scenes aspect or the on tour activity, so photo reportages and mini-docs might be the way to go. Others require a more artistic context, so collaborating with visual artists makes more sense, whether it’s video art or illustration or creating VR environments. Sky’s the limit, really, and no two projects are alike. But the bottom line is that you need a lot of content, it has to be of quality and it has to be visual or audio-visual in nature. We live in an audiovisual culture and modern media are cut out for this type of content and the consumers are also more inclined to react to something immediate, flashy and potent in terms of the information which is being conveyed. ​

2.) How do you decide which stories to tell and which not?

There are two things that you need to look at when you define the story around a release. The first one is, of course, what the project is about, quite literally. What is the artist is trying to say? What is the emotional core of the material? The second is choosing the story or angle that will appeal to the media and the fans. Ultimately, the purpose of the story is to give the release the visibility that it needs and the music the right context so that it’s experienced correctly. And then you have to find the median between the artistic core and what makes for effective communication.

3.) How to extend an albums/songs life with visuals?

A longterm campaign is about finding novel and effective ways to basically say: listen to my release again and again! You’re constantly trying to figure out ways to get people interested in hearing your music or maybe having them hear it again. The most important thing here is that every time you release some new content it should genuinely have something to offer, it should be interesting. Mere filler will have the opposite effect. So, you might start the campaign with live videos and build up to official videos. Then you might throw in a mini-doc about how the project came to be, the circumstances under which it was created – if it’s interesting, of course. You might want to produce an event at a gallery and document it and repackage it for another campaign, if there is something to show in such a space: photos, artwork, sound installations. Even great product design will have an impact in the media , but it really has to be great and the documentation has to be up to par.

4.) How to communicate my visual ideas to designers etc.?

I think the most important thing is being able to choose the right people to work with. If you choose a designer who either has the style that you need or the skills to pull it off, you’re already in the safe-zone. Having a good relationship, a good understanding, a good chemistry is also important. You should feel like you’re making music with this person, except that they react to your ideas and vibe with visuals instead of sounds. And then, as far explaining your ideas, using a mood board is a good move. A mood board is a document, a folder or an online portfolio where you collect images (photos, video stills, paintings etc.) that explain what you are looking for. The better you get with making these, the more focused you will be with your propositions. The more you know what you want, the easier it will be for you to convey your vision to somebody else. Great designers love working with clear ideas and a set of limitations in mind.

5.) Do you have a „shit happens“ story in regards to your work as a creative director?

Of course! This is very tricky stuff. Whenever you work with things that require that everyone imagines something before this thing is actually created, it's a set up for some heavy disappointments. Even with a ton of meetings and clear guidelines and good references, everyone involved is still going to imagine the final product differently. One thing that I do that alleviates the „that’s not how I imagined it“ type of shock is that I tell everyone across the board that they need to sleep on the design for at least a day or two before they speak their minds. Nine times out of ten the artists forget about what they imagined and connect with what was actually created! The biggest obstacle for me, one that leads to a half-assed outcome every time, is the artist’s fear. When you work with an artist who hasn't centered themselves in their own truth yet and aspires to be something which they are not, you are always forced to take something fake – where the artist feels comfortable – over the human and the soulful. There is nothing "sexier" than someone living their own truth and being fearless with it.

Check out here, how you can still be part of the workshops.