An International Look at Music Scenes in the Current Moment 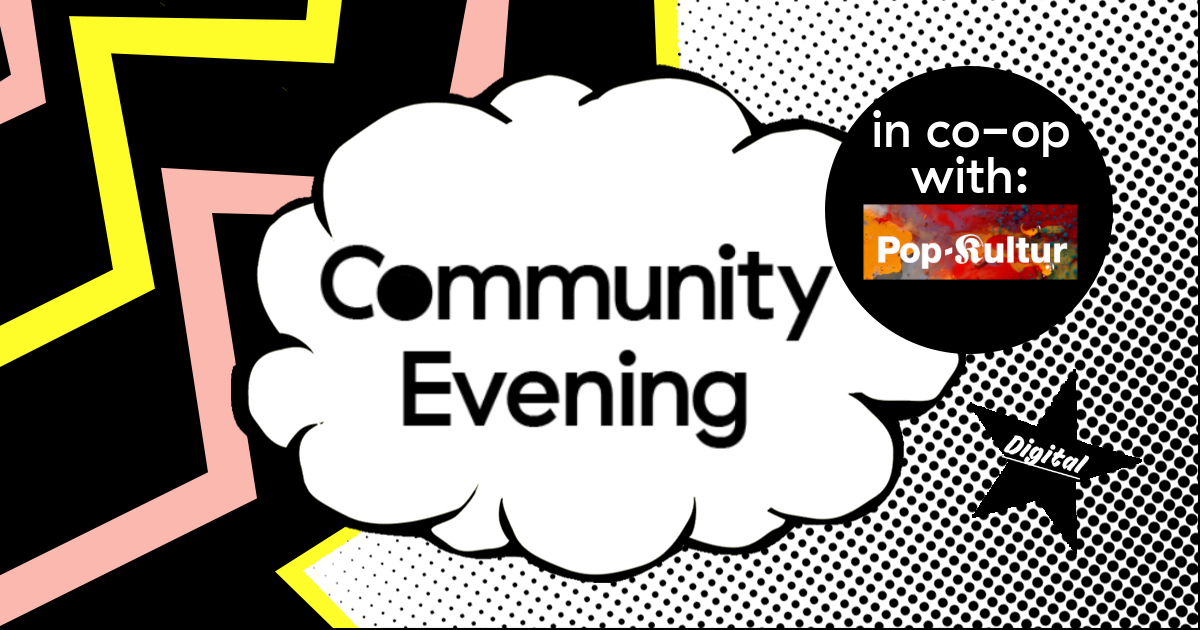 Each year, the Pop-Kultur festival invites in collaboration with the Goethe-Institute an international group of musicians to come to Berlin for an exchange programme, and to also get to know the local music scenes. This year, the group is convening online, meeting over a longer period of time, with the plan of meeting in Berlin, foreseeably in the summer of 2021.

One objective of this get-together is to introduce the international group of musicians to Berlin's different music communities for potential collaborations over the next several months.

During the panel conversation, participants will explore and discuss how independent music scenes in different countries around the world are faring during the pandemic – where live music has largely come to a pause. If touring is on hold indefinitely, and performing is oftentimes the largest source of income for professional musicians, how is this situation playing out now and into the future? What structural issues are becoming apparent? How do musicians, collectives and communities view and address them? How is this changing how musicians work, how collaborations are organised, and how music is distributed and enjoyed? Which changes should be permanent and which ones should only be temporary? What can we learn from each other, and how can we support one another – internationally, too?

A panel of three group participants will start the conversation – then everyone else can join in with their own perspectives:

Janat Sohail Aziz / Wooly and the Uke - Wooly and the Uke is an indie-folk project laced around the phantasmagoria that pours out of the singer and the songwriter, Janat Sohail Aziz. Her music is crafted upon satire and often, the disconnection with what lies within. Based on an ominous sound of the ukulele, the structures push and spill out of the preconceived boundaries. Having remained a former member of Pakistan’s first all-female ensemble in Nescafe Basement, Janat Sohail Aziz introduced Wooly and the Uke in 2016. Her debut single called ‘Circus’ stirred a melancholy with its hollow atmosphere and soaring orchestration, pushing one into an enchanting fantasy. In 2020, she released a new single in collaboration with Poor Rich Boy, an indie-folk band based in Pakistan, called Watch – similar to Circus, it frames the struggles of humans and their weakening attempt at humanity. Currently based in Tallinn, Estonia, Wooly and the Uke aims to release an EP in 2020.

Juan Manuel Cortéz / Lunate - Lunate is a small, moon-shaped bone in the human hand, and a music project by Juan Manuel Cortés. Seeking to create musical compositions that carry the moody oscillations of Bogota, the Colombian artist explores sound inspired by the scenery, cycles and dynamics of the city. Since 2016 he released a tape on 100% Silk and various tracks on different electronic music labels. In addition, 2018 saw the birth of Malviaje, an attempt to revisit Corteś Colombian musical ancestry. The research delved into Currulao, a traditional rhythm made in the Pacific region of the country with a time signature of 6/8. The result (to be released soon) is an exploration of rhythmic patterns that will make people move, but remain different to the traditional 4×4 approach: dance floor friendly music, that doesn’t exactly fit with contemporary dance music or with the traditional Colombian output.

Santiago Narváez / Glitchbird - Born in México City in 1990. Self-taught musician and coder. Started making music at age 13. In 2015 released EP ‘Inner’ as Moonatic composing and recording guitar, backing and main vocals, bass and synth. In 2017 scored music for ‘WireLines’. In 2018 In 2018 released LP ‘Another Sky’ as Moonatic. In 2020 released EP ‘Jhula’ as Glitch Bird. As part of Moonatic has opened shows for The Album Leaf, Balmorhea and Low Roar. Glitch Bird blends evolving atmospheres, sticky basslines, hallucinating sequences, and simple yet captivating beats. His live presentations are closer to ambient and techno. The live set makes use of bass and beat sequences, as well as live improvisations and recordings of electronic and midi instruments. The use of long decaying delays and improvisation results in organic and unique live sets.