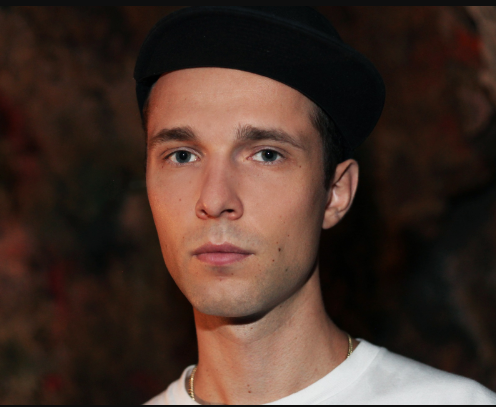 In this next interview we talked with Florian Boss about his upcoming Workshop 'How to make money with GEMA as a touring musician' next Monday the 30th of September. Florian is a full-time solo musician since 2013. In his work he is focusing a lot on live performances, so he has played around 350 shows all over Europe, North- and South-America.

1.) What common misconceptions are people making when it comes to the GEMA?
I think the most common misconception is that small musicians can't make any money with GEMA and that a membership is not worth it for them. And therefore, that promoters and music users have to pay a lot of fees and then it only goes to rich pop stars. That's where its misleading nickname "Schlagersteuer" comes from. Ask any promoter or musician, I bet 9 out of 10 will say that. I absolutely consider myself a small musician and my income is enough to make a living - about half of it comes from GEMA.

2.) Is it easy to become a member of the GEMA?
It's very easy, you just have to fill out two pages of very basic information. To then become an active/critical member and to know your way around is another story - that's where my workshop tries to help.

3.) Does it make sense for me to become a member, from which point onwards?
It makes sense as soon as you play shows at venues that pay GEMA fees - so everything beyond busking and private living room shows. It also makes sense if your music gets played on the radio, but that's usually the second step. The yearly GEMA fee is 50€, but for one show in a small venue, I already get 57€ on average from GEMA. So it's worth it even if you only play a few shows a year.

4.) Pros and cons of GEMA on the musician side?
As long as there is no real alternative to GEMA in Germany, there's really no reason for a performing musician not to become a member. It is an extra income that most musicians who are starting out can't afford to go without, and it's maybe one or two days of work per year if you know how to do it. A downside is the bureaucracy you have to deal with if you really want to know how the amounts come about, it's purposely complicated and untransparent at times. That's where I'm trying to help in my workshop.

5.) Do you have a shit happens story when it comes to being a touring musician?
I once played a show in Hannover at a small gallery. When I arrived it turned out they didn't have any PA, so they fished out two old shitty amplifiers out of some back room. For dinner, they served me a weird powdered soup with half a tomato swimming in it. That didn't sit well, so I had to go to the bathroom just before the show when the place was packed. Right when I was sitting down, someone tried to open the bathroom door and ripped the lockout of the wall by accident. The door opened to the gallery, so there I was on full display for my audience. With the door broken, I not only couldn't go to the bathroom anymore but had to play a show 1min later for that same audience. Amazingly, that turned out to be one of the best shows of that tour - which taught me two important lessons for performing live: First, it (almost) doesn't matter how bad your health is before a show - the adrenalin does wonders. Secondly, don't let the first impression of a venue fool you. No matter how shitty the circumstances seem, you really only know once it's showtime.

Thank you Florian for your time.

You want to participate in the upcoming GEMA Workshop?